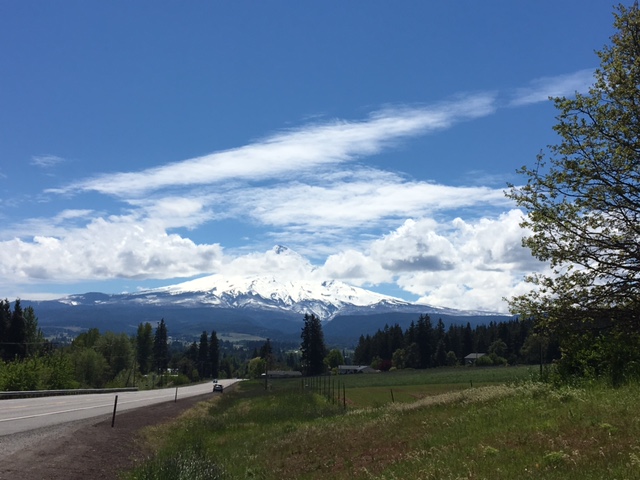 With expert local advice, we set our GPS for Vista House in Corbett for long vista views along the river. Then we followed the Old Historic Columbia River Hwy to Latourell Falls, Multnomah Falls, and, eventually, to Cascade Locks for brunch. We met friends at the very local Bridgeside Restaurant and had a yummy salmon chowder. The Bridge of the Gods is right there, but we didn’t go over it. We also missed the Bonneville Dam with apparently very interesting salmon and sturgeon viewing. Instead, off to Hood River we went, then up to Mt. Hood and the historic Timberline Lodge for drinks and handcrafted ales while watching the skiers, in mid-May. Life is rough! Rising 11,239 feet (3,426 meters), Mt. Hood is the highest peak in Oregon, and the second most climbed mountain in the world. At the time of the Lewis and Clark expedition, the mountain was an active volcano and is now considered “sleeping.” I had been to Portland before, but to truly appreciate Oregon, you have to leave the city limits.