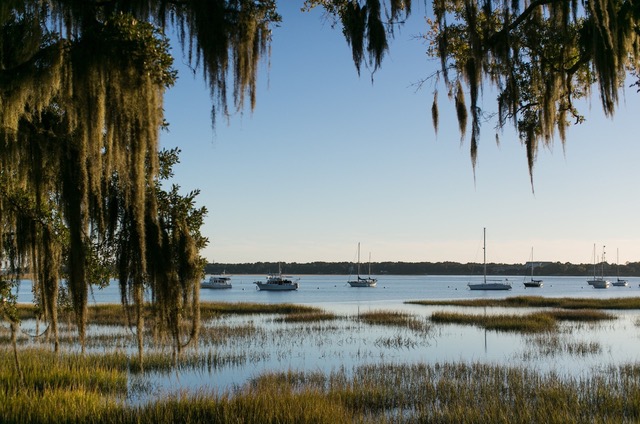 Yesterday, I discussed Montage Palmetto Bluff, the upscale resort brand’s only East Coast property. A mere 45-minute drive north of the Montage on Route 170 is another gem of the South Carolina Lowcountry, the charming town of Beaufort. The state’s second oldest city, founded in 1711, is best known for its well-preserved antebellum architecture. Grab a room at the Anchorage 1770 and then wander upstairs to the rooftop, cocktail in hand, to take in the views of boats passing on the Beaufort River and the many oak trees dripping with Spanish moss. For dinner, visit The Ribaut Social Club, once the playground for Admiral Lester Beardslee’s gentlemen’s social club in the 1800s and, a century later, the spot where novelist Pat Conroy would sip his libations. In the daytime, take a walk on The Spanish Moss Trail or at Hunting Island Beach. Or take a horse and carriage ride through the historic district and marvel at the homes on The Point, a hub of Southern antebellum architecture. You’ll be happy you didn’t overlook Beaufort on your next trip to the Charleston/Savannah region.