Destinations to Visit in 2015—East or South Africa 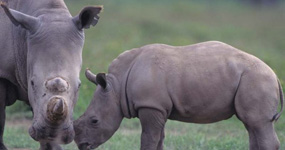 The hysteria over Ebola has persuaded travelers to avoid Africa in the foreseeable future. But here are the facts. The distance from the Ebola outbreak in Liberia to the safari parks of East and Southern Africa is about the same distance as Manhattan to Anchorage, Alaska. Indeed, Madrid, Paris, and London are all closer to the Ebola epicenter than Nairobi or Capetown. Both Kenya and South Africa have stopped all flights to the affected region and so far, there have been no reported cases of Ebola in the eastern or southern part of the continent. With safari bookings dramatically down in 2015, this is the time to go bargain hunting and find deals with African outfitters. They need to fill seats to stay in business.