Costa Rica, Ziplining Above the Rainforest Canopy Outside of Quepos 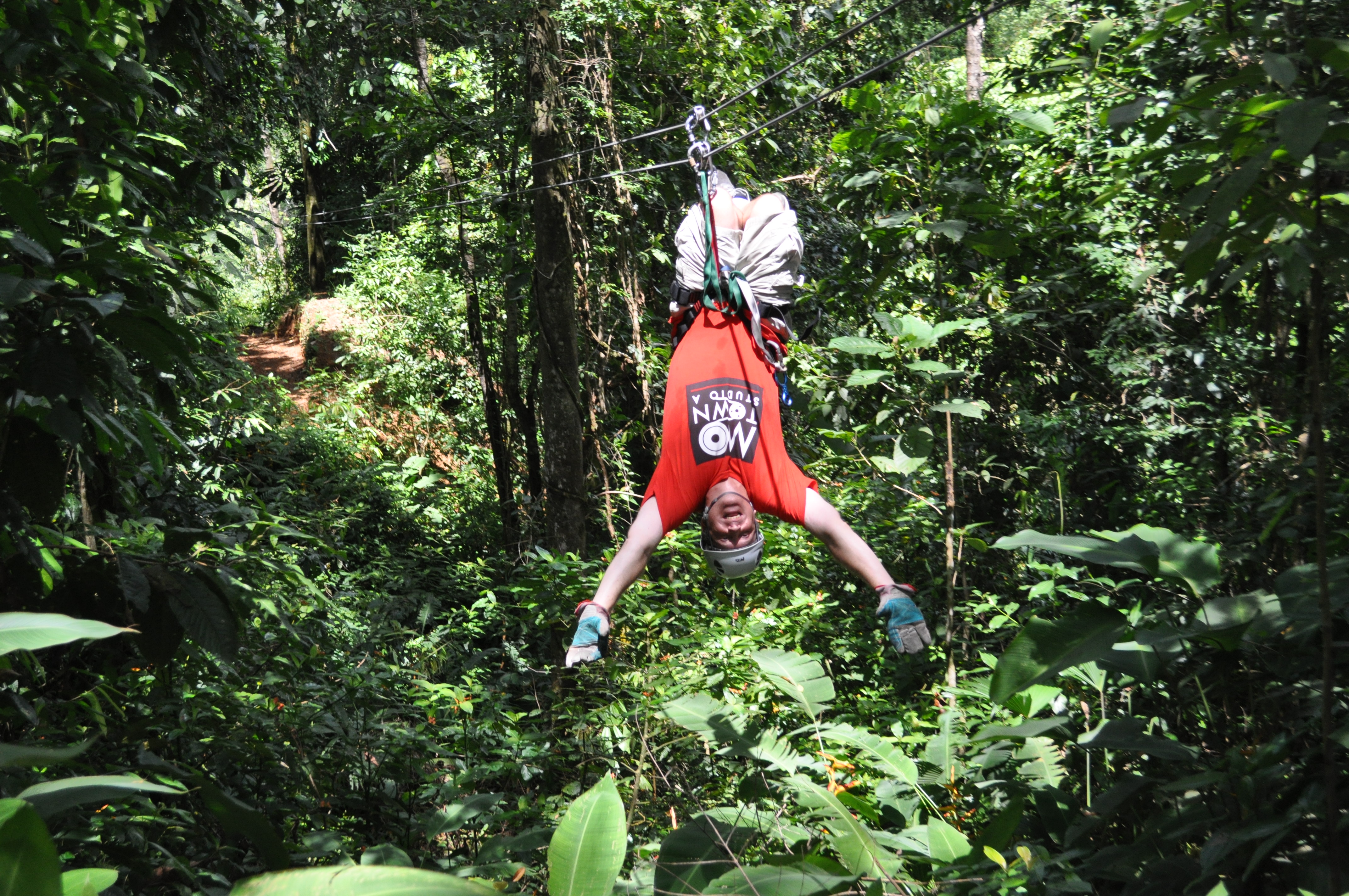 Each year around my birthday, I try to do something a little crazy. Just my way of celebrating another year of survival and reconfirming that yes, I’m very much alive. Often this adventure has something to do with confronting my fear of heights. Last year, I went rock climbing for the first time in the Canadian Rockies. This year, on my fourth trip to Costa Rica, having more than ample opportunity to zipline above the rainforest canopy, I finally agreed to go. Having the chance to cruise with my family was the extra push I needed. We drove through the palm oil plantations high up in the hills above Quepos on the central Costa Rican coast. The company we chose, MidWorld, were extremely professional, especially when attaching our harnesses and carabineers. Then we drove a little bit higher and it was time to bite the bullet. I was worried that my stomach would drop, like on a rollercoaster ride, a dreaded feeling I’d rather not have. Instead, it was just a smooth quick cruise on a cable just above the canopy of green. There were a total of ten platforms and two rappels down from the trees. Walking from one platform to the next, we spotted a toucan and a green and yellow poison dart frog. By the third or fourth zipline, I started to become so comfortable with the sport that I turned upside down. Then I tried to right myself, but my core needs a bit more Pilates before I can pull off that move. So I spent the entire zipline upside down, watching the blur of forest whiz by. I think I earned my chocolate raspberry birthday cake tonight.