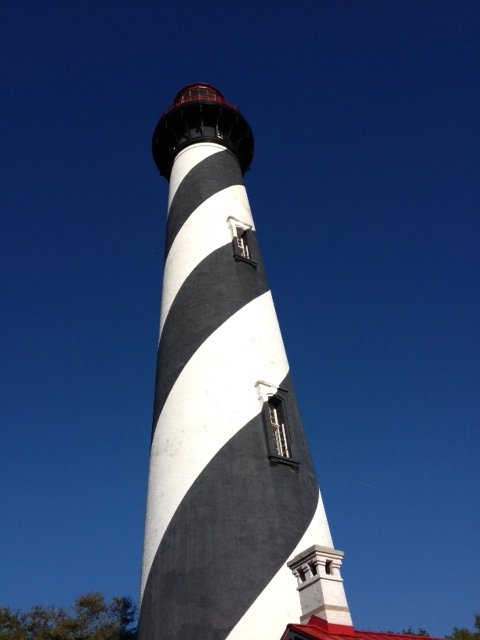 One of my favorite stops in Florida last week was the St. Augustine Lighthouse. It’s hard not to miss the black and white striped edifice, first constructed in 1874. I arrived at 9 am, when the lighthouse opens to public, and already there were locals running up and down the 219 steps as part of their aerobic workout for the day. Atop the tower, I was rewarded with glorious views of St. Augustine, the Intracoastal Waterway, and the Atlantic Ocean. After taking in the 360-degree views, I peeked into the lens room and learned from the guide that it still houses the original lens, a mere 9 feet long and over 2000 pounds. Sites like the 17th-century fort, Castillo de San Marcos, and the original Ripley’s Believe it or Not Museum vie for your attention in St. Augustine, but the lighthouse, on the outskirts of town, is worthy of a visit.