Head to Alaska to See the Northern Lights This Winter 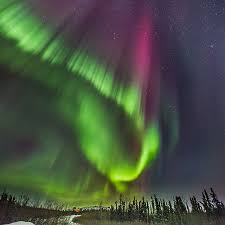 Iceland is a popular destination this winter for clients as they head to the country to hike amidst the majestic landscape and hopefully view the Northern Lights. But you don’t have to cross the pond to have a chance to see the Northern Lights. Alaska offers a similar experience. On Gondwana Ecotours 7-day Alaska Northern Lights trip, guests will view the Northern Lights displays from a family-owned lodge with magnificent panoramic views. During the day there will be time to explore Fairbanks, take an exciting dog sled ride, and rejuvenate in the natural hot springs at Chena. Fairbanks is situated within a ring-shaped region around the North Pole called the auroral oval. This location offers a terrific balance of occurrence, frequency and activity of Northern Lights. Trips are limited to 12 guests per trips and cost starts at $2795 per person. If interested, please let ActiveTravels know and we’ll check availability on departures through March 2020. 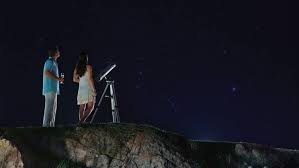 Shortly before I left for Newfoundland in October, my 90-year old mother, an avidly curious New York Times reader, mailed me a clipping (as she has been doing for decades). She noted, "This is a trip I could take!" Given that she doesn’t travel that much anymore, I was intrigued. What the heck is astrotourism? I learned that the term astrotourism has evolved to describe intentional travel to places with dark skies and more visible stars. Sounds great!
ActiveTravels sends many members each year to Hawaii, Mexico, and Grand Cayman; nicely, these locations have developed avenues for visitors to explore the night sky. The Hyatt Regency Maui Resort and Spa has three high-powered telescopes on its roof capable of spotting 80 constellations, and there’s also an observatory atop Mauna Kea (a dormant volcano on the Big Island), 13,796 feet above sea level. In Mexico, the Four Seasons Punta Mita has begun offering guided stargazing on its driving range and beach. At the Westin Grand Cayman Seven Mile Beach Resort, oceanfront beach cabanas with private fire pits, dinners, and s’more fixings, come with telescopes and night sky maps.
Back to my mother. The closest "Dark Sky" site to where she lives in New York would be on Long Island, in Southold at the Custer Institute. Open to the public every Saturday evening from dusk until midnight, volunteers assist with the powerful telescopes. For more information on sites around the country, please visit the International Dark Sky Association website.
Thursday, September 27, 2018

Travel Like a Local on These Guided Day Trips 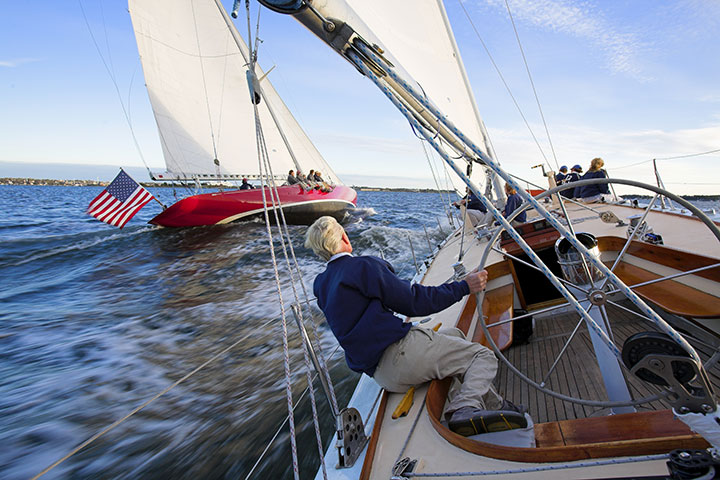 If you’re planning to visit New England over the next month to see the fall foliage, it might be wise to get away from the crowded roadways and sign up for one of these authentic day trips with local experts. Authenticity is the buzzword in travel these days, the chance to live and feel like a local, not a tourist. Thankfully, there are many opportunities in New England where you have the chance to go beyond the boilerplate tours and get a real feel for the region while being led by an expert on the subject. These dozen day trips, which I reported for Yankee Magazine, strive for genuine authenticity and hopefully reward you with lasting memories.

Back at the Track 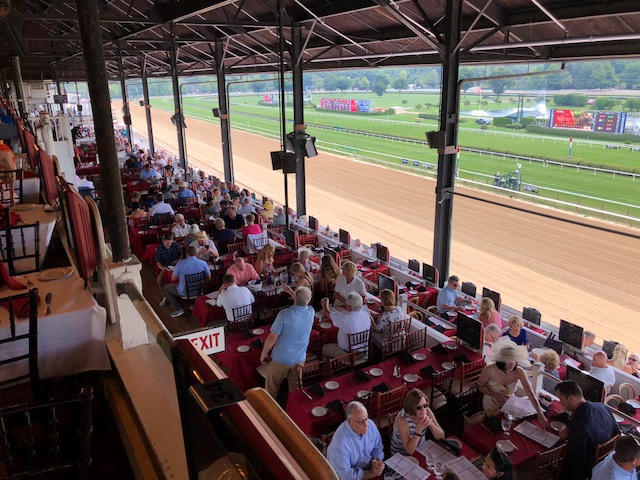 I honestly didn’t spend much time at the Saratoga Race Course growing up in nearby Schenectady. My dad had a sailboat docked north of Bolton Landing on Lake George and that’s where we would spend much of the summer. But since I’ve been getting together with high school buddies annually these past 7 years, a day at the track has always been a day that I really look forward to. This year, I arrived around noon and parked behind the stables (free parking off Exit 14 on the Northway), a good parking area if you’re headed north to Lake George like we were. Then I strolled over to the front gate, purchased a pink sheet, which gives insider info on the horses and jockeys, and grabbed a burger and fries at Shake Shack. The first race is 1 pm and the track is a beauty, the oldest track in America and named by Sports Illustrated as one of the Top 10 Sports Venues of the 20th Century. My friend, Bob, usually finds us a table in the Clubhouse to watch the races, where we have great views of the horses rounding the track. I walk up to place my $2 and $5 bets and usually lose, with or without the pink sheet, but still have a blast rooting for my horses. This year, I left on a winning note, betting on Flowers to Lisa to win the 8th race. It easily cruised to victory at 5:1 odds, no doubt spurred on by my wife, Lisa, my lucky charm.
Friday, July 20, 2018

Outside Magazine’s Top 6 Spots for Stargazing in North America 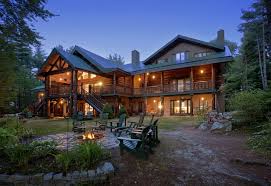 Outside just came out with their round-up of top stargazing locales across North America. The locale in Nova Scotia I know well, having stayed with my sister at the Trout Pond Lodge. It’s a wonderful property next to a bubbling brook not far from the high-speed ferry dock in Yarmouth. I’m glad they also mentioned the Acadia Night Sky Festival in early September, which I included in an upcoming story for Yankee Magazine on Perfect Weekend Getaways based on your passion, like staring at the stars. I’ll be staring at the night sky this coming week from Ogunquit, Portsmouth, and Lake George. See you again on Monday, July 30th. Have a fantastic week and keep active! 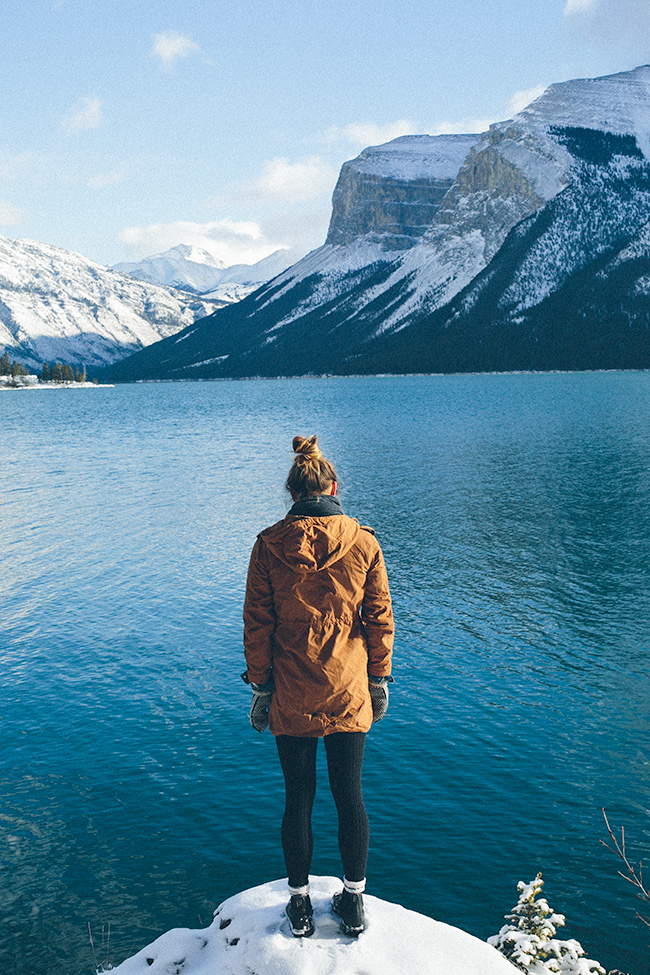 The Adventure Travel Trade Association or ATTA just released their annual report on the world of adventure travel, stating that the industry is thriving, thanks to travelers who yearn to be part of the local fabric when visiting new locales. "The tendency to adopt slow travel means visitors are staying in destinations longer, and more people are venturing out by themselves, driving an upswing in solo offerings from adventure tourism providers," the report says. Other popular trends they expect to see blossom in 2018 and 2019 is "an increase in trail tourism, women-only itineraries, and more winter exploration." Here at ActiveTravels, we’re certainly seeing an increased demand in the winter product, with more and more people heading to Iceland, Alaska, and Yellowstone in winter to cross-country ski, dogsled, snowmobile, hike, and hopefully catch a glimpse of the Northern Lights.
Monday, January 29, 2018

Run the Alps All of August 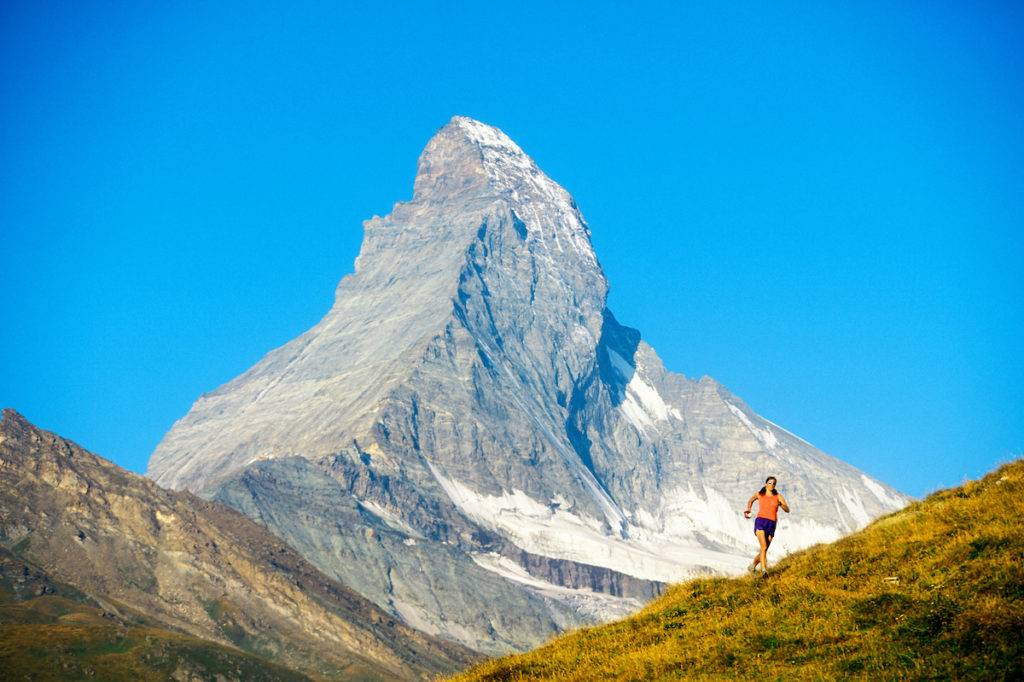 With a fantastic network of trail and huts, and a long history and appreciation of running, Switzerland is a trail runner’s dream. Mountain runners have been weaving their way along alp paths for decades, and are practically exalted here. Few people know these trails better than Doug Mayer, founder of Run the Alps. Mayer wrote me last week, claiming he has designed his most epic trip yet, a month-long adventure in the Alps. The includes a guided run along Switzerland’s remarkable Hardergrat, a trail run along the route of the Tour du Mont-Blanc, and through the Swiss Berner Oberland. You’ll also go behind the scenes at two of the greatest trail races in the world, Sierre-Zinal and the UTMB, and, of course, spend necessary R&R time at classic mountain spas. No wonder Mayer is calling this the greatest trail running vacation ever.

Get into the Winter Olympics Spirit at Lake Placid

The Olympic venues from the 1980 Games in Lake Placid are still used today for national and international competitions, and are open to the public. Visitors can tour many of the Olympic sites from the 1980 Games, including the chance to skate on the Olympic Speed Skating Oval, ski at Whiteface Mountain (site of all the Olympic downhill events) and take a bobsled ride (with an experienced driver) at the Olympics Sports Complex. The FIS 2018 Freestyle World Cup aerials competition (Jan. 19-20) and the Empire State Winter Games (Feb. 1-4) are two of the events leading to the Olympic Games in PyeongChang. Or head to the Lake Placid Training Center on February 24th for the USOC PyeongChang Olympic Winter Fest. You’ll get to meet and greet with former Olympic greats like speedskater Eric  Heiden and hockey player Jim Craig, dine on s’mores, and catch a concert by Third Eye Blind. 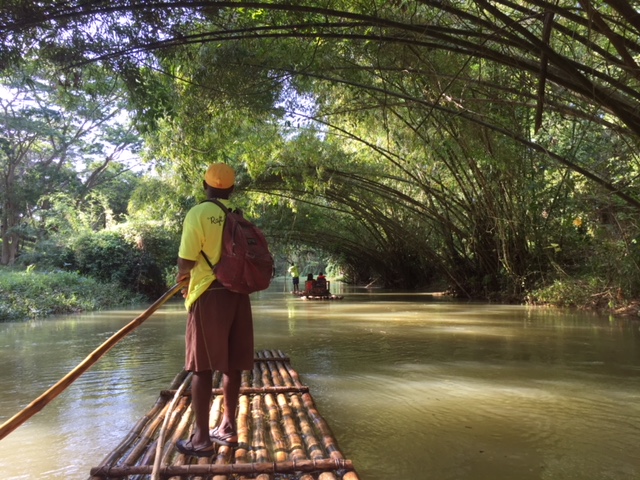 While it’s easy to get sucked in at an all-inclusive property and never leave the premises, it would be a mistake not to escape the beach of Jamaica and visit the lush mountainous interior. One of my favorite things to do in the hillside is slowly amble down a river. A mere 20-minute drive from where we were staying at the Riu Reggae in Montego Bay, past the high school where the fastest man in the world attended, Usain Bolt, was the start of a 90-minute bamboo raft trip down the sinuous Martha Brae River. When we arrived, we could see the workers creating the rafts. After a quick rum punch, we met our captain and sat down on a raised seat to begin our descent down this shaded waterway. The shoreline was rich with fruit trees of every type imaginable, from bananas to cassava to mangos. There were also towering banyan trees with vines hanging down. Our guide poled past small houses along the river, offering a glimpse into rural Jamaican life. Just as quickly the ride was over, but we’ll be back in Jamaica hopefully soon for another relaxing river ride.
Tuesday, October 24, 2017

New England Foliage Without the Crowds 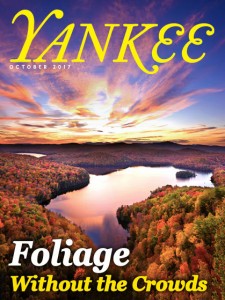 It’s still relatively warm in the region for the remainder of October and the foliage is peaking at least a week or two later than normal. So take advantage of the good weather to do one of these off-the-beaten-track activities in New England. My latest story for Yankee Magazine.