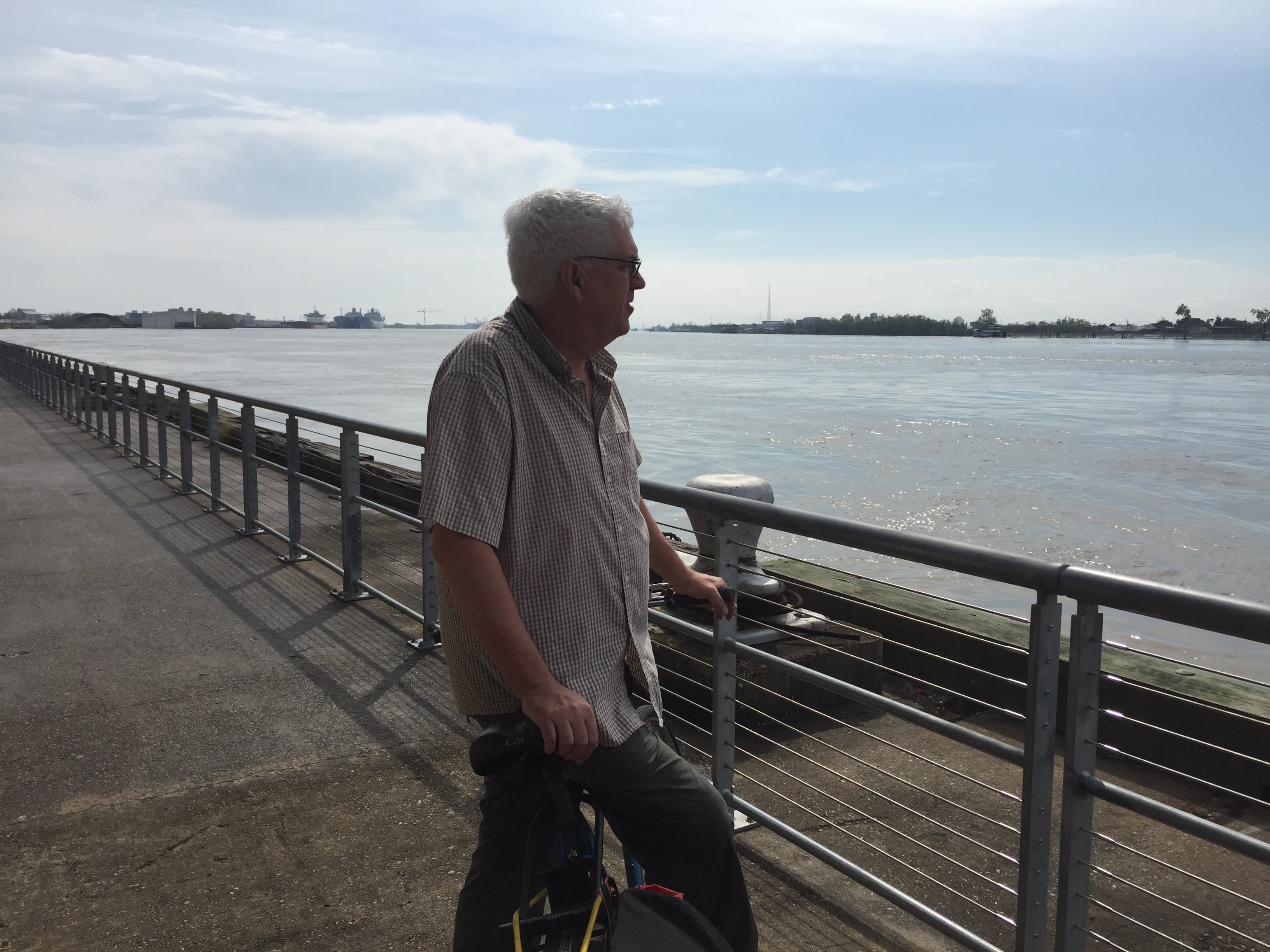 Wayne Curtis is best known as author of “And a Bottle of Rum: A History of the New World in Ten Cocktails” (Crown, 2006) and as cocktail columnist for Atlantic Monthly. But my friendship with Wayne goes back at least a decade prior when we were both moaning about the egregious book contracts Frommer’s publisher forced upon us. Thankfully, the travel guidebook days are far behind us. I caught up with Wayne in 2008, when he had just moved to New Orleans. He brought my brother Jim and me to his favorite bars and bartenders and it resulted in this story for The Boston Globe. But I know that Wayne has a passion beyond cocktails, including architecture, urban renewal, jazz, and biking. All figured prominently in a 5-hour tour he designed for my family on our trip to Nola earlier this month.

We rented bikes at Michael’s on Frenchman Street and off we went to our first stop, Crescent Park, a brand new green space that hugs the Mississippi River for over a mile. Then we biked the streets of Bywater, one of the hottest neighborhoods in the city especially for young hipsters, where Wayne pointed out a massive church that will soon open as a hotel. We pedaled through Louis Armstrong Park in the Tremé neighborhood and soon we were on the latest bike trail in town, the 2.6-mile Lafitte Greenway. We stopped at Parkway for the requisite roast beef and shrimp poor boys before biking through the Tulane campus, glorious Audubon Park and its exquisite moss-covered Spainish oak trees, and past the homes of Sandra Bullock, John Goodman, and Archie Manning in the Garden District. A quick ride through the crowds in the French Quarter and we arrived back at our bike rental store 15 miles later. A perfect ride, especially since we ended with a set of live music and a beer across the street at The Spotted Cat.
The ride was such a worthy introduction to Nola that I persuaded Wayne to offer the exact loop to clients of ActiveTravels. If you’re feeling a little less ambitious, he will also do the same nightly bar round-up as described in the Boston Globe piece and include his favorite jazz joints. Don’t miss out on seeing the authentic New Orleans on these jaunts with Wayne.