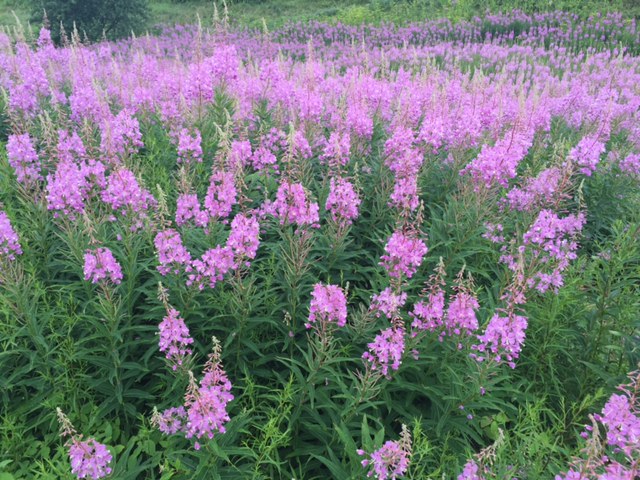 To reach Isle-aux-Coudres, you take a free 15-minute ferry from the mainland. Once there, it feels as if all the woes of modernity are washed away, replaced by the salty air of the St. Lawrence and a serene island from yesteryear. If you were looking for a good workout, you could speed around the 23-km circumference of Isle-aux-Coudres in little over an hour. But then you would miss the stone houses and their carefully manicured potted plants in the windows, the rocky shoreline that creeps into the vast river at low tide, and the ski trails of Le Massif that slice down the mountainside on the opposite shores. If you don’t take your time, you won’t stop to snap photos of the small chapels not much larger than doll houses, tour a working windmill and watermill from the 1820s, and sample the hard apple cider and tasty apple and pear mistelle from Verger Pedneault. Most importantly, if you don’t slow down and appreciate the island on two wheels, you won’t meet the wonderful people, like Patricia Deslauriers, owner of Motel L’Islet, a professional jazz bassist who now owns a lodging on a peninsula that juts out of the southernmost part of the island. She wakes up every morning to a sunrise and goes to bed after a glorious sunset. She also brings world class musicians to the island every Sunday for concerts that often attract over 1,000 people. Then there’s the maitre’d at Hôtel Cap-aux-Pierres, who spends his winters at Langkawi, the cluster of islands off Malaysia in the Andaman Sea. Or the world champion kitesurfer who now teaches her sport to others at her kitesurfing and yoga studio on the island. Isle-aux-Coudres is a magical island, one where you foolishly spend one day and soon realize you should have spent a week.
I’m off to Quebec City for a little more biking on my last day. I’ll be back on Monday to talk about the lodging and food on my trip. I want to thank Cynthia Lacasse at Tourisme Quebec for helping to design a perfect week of multisport adventure in Lac-Saint-Jean, Saguenay, and Charlevoix. Next time, you come to Quebec City, make sure you extend your trip by at least 3 days to see this spectacular region of the province. Have a great weekend and keep active!