Biking Along the Canals in Hertfordshire 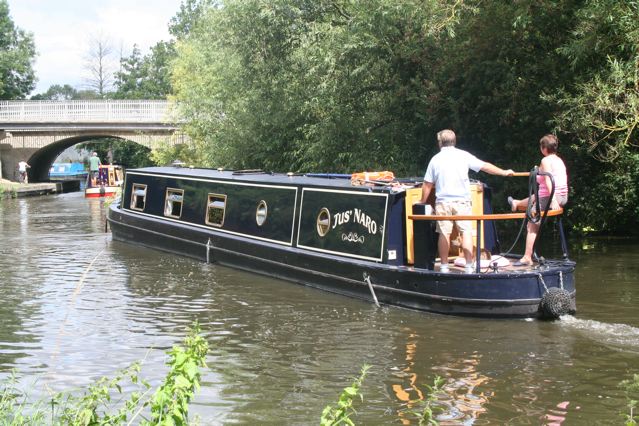 After spending 10 days in the cities of Paris and London, we wisely chose to book our last night of travel in the UK at The Grove, a country manor less than an hour’s drive from London and Heathrow. Perched on a hillside with rolling grounds, the place is best known for its golf course. But it’s also a wonderful family retreat, complete with outdoor and indoor pools, beach volleyball, lawn tennis, croquet, and a gluttonous feast at the breakfast and dinner buffet. Yet, our favorite activity was renting bikes and finding a canal that borders the perimeter of the property. Narrowboats were riding through the locks, on their way north to Northampton or south to London. This web of waterways has been traveled for centuries.  Indeed, these canals were Britain’s first business superhighway, transporting goods around the country. Once the railroads were built, they were abandoned, only to emerge in the last 30 years as recreational areas. It was fun to see these long slender boats, many rented for a week holiday, making their way through the forested shoreline under bridges and past families of swans and local anglers. We pedaled alongside the canal for some time on a dirt path before returning to the resort and having fish and chips, washed down with a pint of lager, at their casual pub, the Stables.