An Update on Santa Barbara, the American Riviera 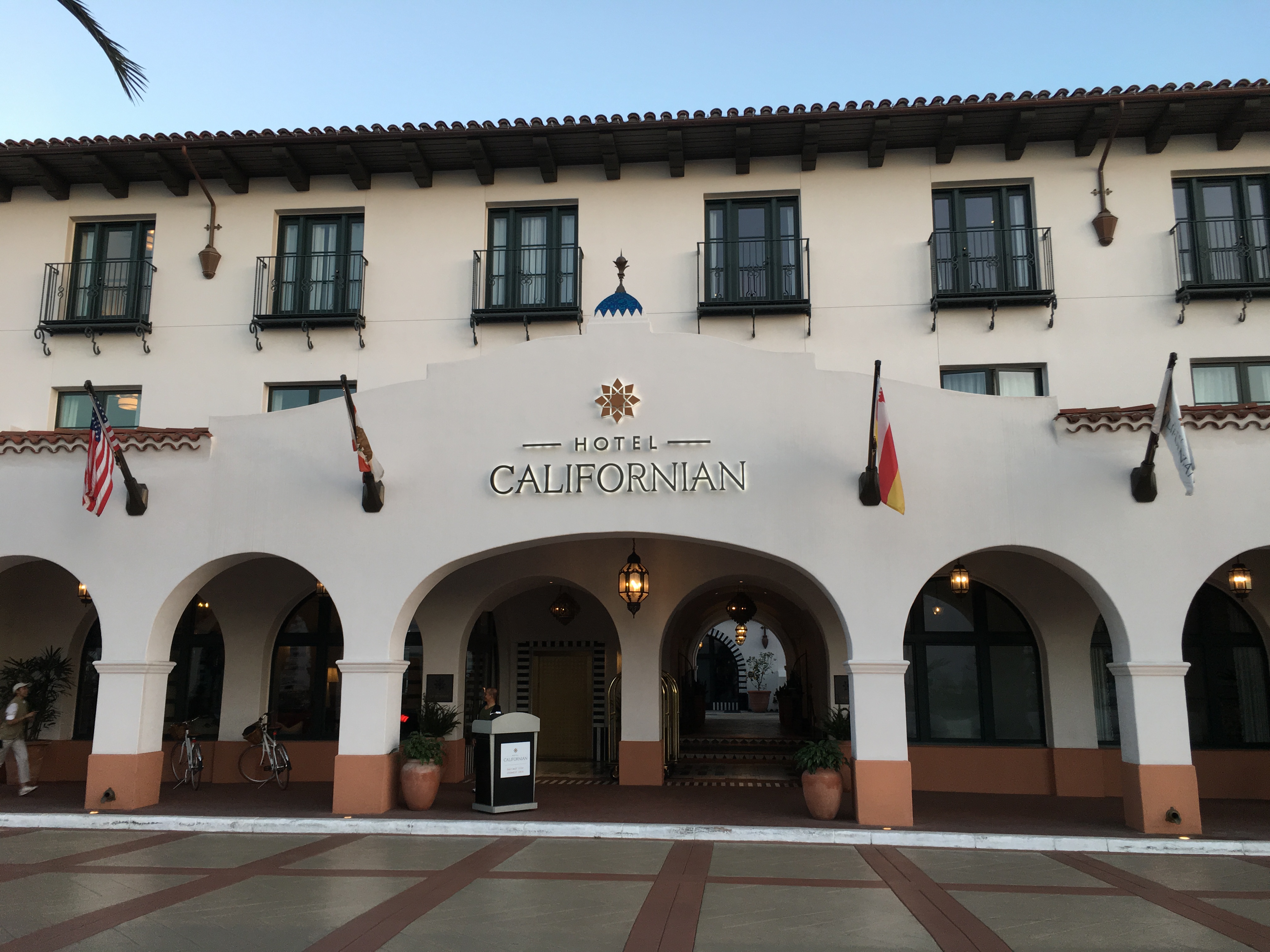 Thanks to the generosity of a long-time friend, I recently spent a weekend at his lovely home, dating back to the 1920s, high in the hills above Santa Barbara. At ActiveTravels, we often get asked about the impact of recent fires and mudslides on Southern California travel plans, so I was grateful for the chance to check things out first-hand.
The Santa Barbara area is called the American Riviera, and, as far as I could tell, the joint was jumping. We were graced with glorious sunshine and warm (but not hot) temperatures. We journeyed into the waters off Santa Barbara aboard the Sunset Kidd, looking for migrating whales, but instead were treated to dozens of dolphins swimming and jumping right alongside us. We ate wonderful meals at Opal and at Blackbird. The latter is part of the newly opened Hotel Californian, very near the beach in the “Funk Zone” neighborhood (more on that later). The hotel features Spanish Colonial Revival architecture and modern Moorish themed interior décor, and incorporates the façade of the original 1925 Hotel Californian. To relax at the rooftop pool, or in the Turkish-inspired spa, would be amazing. After having a tour around with the Catering Manager Inga Winkler, I would not hesitate to reserve rooms there for ActiveTravels members (note: the chef at Blackbird whipped up an original vegetarian dish for my daughter, which was much appreciated).
The “Funk Zone” near the hotel has enjoyed a renaissance. Formerly “the railroad track neighborhood,” it is now full of boutique tasting rooms, cafes, galleries, and shops that cater to Santa Barbara’s contemporary side. Converted warehouses and buildings decorated with graffiti murals and art pieces set the tone.
We wine tasted at Skyenna, a stone’s throw from the famous Stearns Wharf, which we had visited on a prior trip. There was also an outdoor art fair in Shoreline Park, shops to check out on State Street, the Old Mission to admire, burritos at the original Freebird in Isla Vista near UC Santa Barbara, sushi at Arigato, and authentic Mexican food at Super-Rica Taqueria. One place my friend had recommended we visit for fine dining was closed due to the mudslides, the San Ysidro Ranch, so it’s definitely still an issue for some businesses. But, if Santa Barbara interests you, ActiveTravels would be happy to help you enjoy the hills, beach, water, food, and wine.