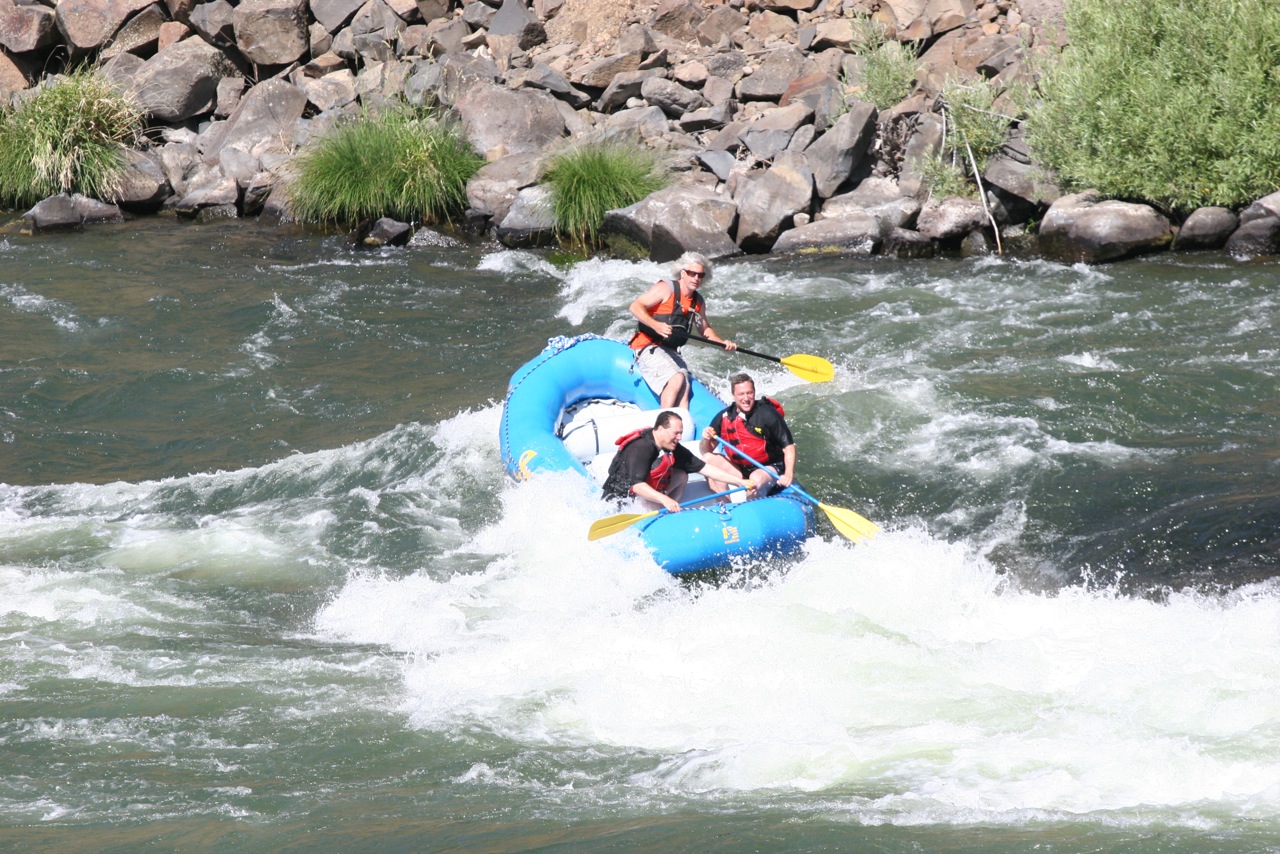 Phil Black was a competitive fly-fisherman, flying all across the globe to compete in fishing contests. Then he took one taste of the Deschutes, hooking the unique rainbow trout called the “redsides” and the gluttony of steelheads, and he never left central Oregon. Now Black spends his day guiding adrenalin junkies down the Deschutes whitewater with Imperial River Company. My brother Jim and I had the pleasure of his company one morning last week as we cruised a 13-mile stretch of the Class II-IV rapids. The setting was serene, with the river hemmed in by the rolling desert hills. Ospreys and great blue herons flew overhead while anglers in waders threw out their flies at water’s edge. The morning was a blur as we paddled through rapids with names like Devil’s Hole and Rodeo. At Boxcar, Phil couldn’t avoid a large hole and both Jim and I were tossed from the raft for a nice refreshing dip in the river. We popped up quickly thanks to our life jackets and Phil pulled us back in the raft. I often write that it’s the spontaneous mishaps in travel that create the most poignant memories. Getting propelled from a raft with your brother is one of those experiences I won’t soon forget.