Adventures in New Brunswick Week—Sea Kayaking the Bay of Fundy 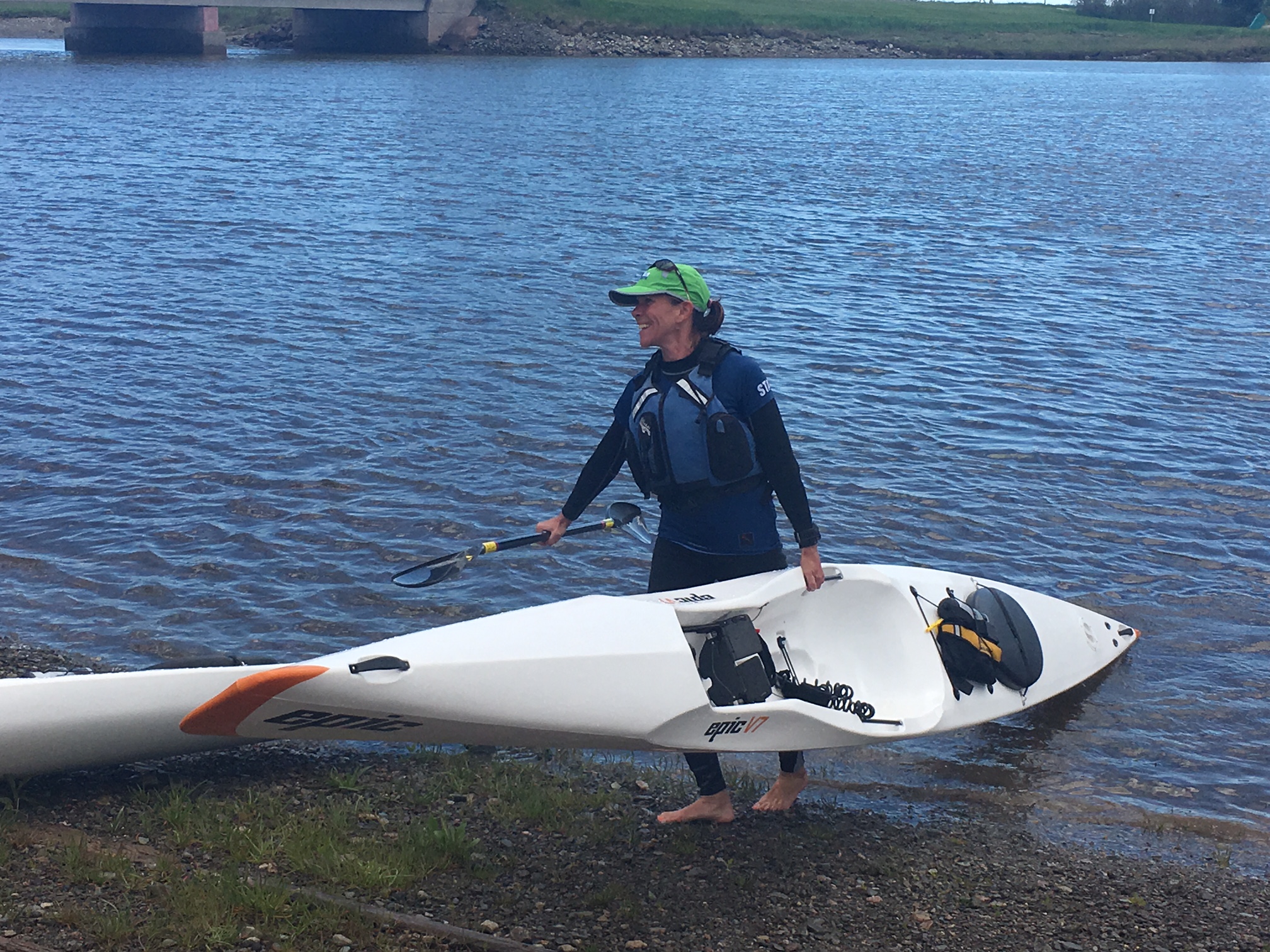 We started the day at low tide at the iconic Hopewall Rocks, sunlight splintering through the sea stacks or flowerpots rocks as the locals call them (many of the formations have trees sprouting out of the top, thus resembling flowerpots). Walking along the beach snapping photo after photo at the picturesque blend of towering rocks, cliffs, and sea, we walked on the rocky beach and clay-like mud that lined the Bay of Fundy floor. Soon we heard squawking of birds only to peer up at one of the rocks and see a majestic peregrine falcon perched high above. We continued south on Route 114 to reach Cape Enrage at the height of high tide, water and wind whipping around us atop a cliff and lighthouse that juts out onto the sea vulnerable to the elements.

After lunch of fresh pan-fried haddock cakes and a tangy tomato soup, we were energized and ready to go sea kayaking with Fresh Air Adventure on the outskirts of Fundy National Park. Owner Gina was excited to have us try out her new toys, surf skis, slender and speedy 17-foot ocean Epic V7 kayaks that she uses to race in Hong Kong, where she spends half the year. We got acclimated to the kayaks as we made our way down the Upper Salmon River, an estuary, slicing through the water with a paddle so light the stroke felt almost effortless. Then we turned around and went past the handful of fishing boats before making our way out to the Bay of Fundy. We had to paddle against the winds on the way out to open water, looking at Nova Scotia across the bay. The tide was still coming in with a moderate chop as waves spilled into the kayak. I peered at the tall spruce and firs that stood tall atop the craggy rock of the Fundy National Park bluffs before a larger wave swept me up and I found myself swimming in the salty drink. Gina guided me back into the kayak and we turned around to feel the ebb and flow of the highest tides in the world. I quickly understood why they call these kayaks surf skis. You paddle hard atop the crest of the wave and you feel the sudden rush of water surge you forward, like surfing. It was an exciting way to end an exhilarating day.