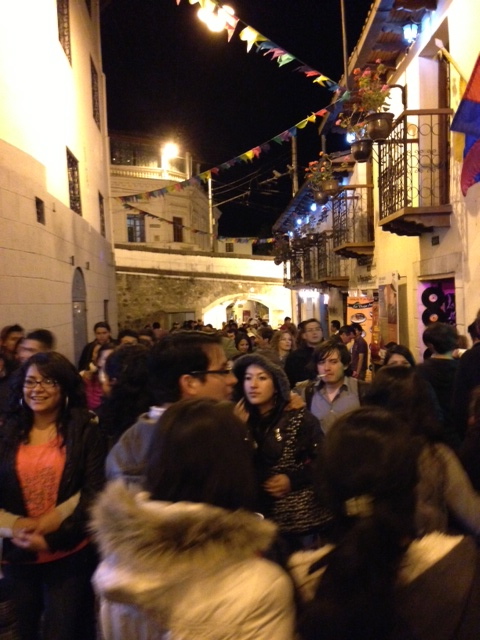 From Quito’s new international airport, it’s over an hour drive to the heart of the city (a $28 taxi fee). The Andean metropolis stands at an elevation over 9300 feet, ringed by volcanic ridges. It’s a sprawling city that fills up the valley, but once you reach its core, you’ll find impressive colonial squares and Spanish churches dating from the 1500s. We stayed on the oldest street in the city, La Ronda, that dates from Incan times in the late 1400s. It’s a narrow winding street lined with restaurants, cafes, and music clubs that once attracted the city’s noteworthy writers, poets, and musicians. Today, locals fill up the street on weekends to dine and listen to music. We stayed at a wonderful property smack dab in the middle of the street called La Casona de La Ronda. Rooms were spacious, designed with contemporary Ecuadorean art, overlooking an inner courtyard. Outside, La Ronda Street was a festive scene while inside this tranquil retreat welcomed us every time we flew back into Quito on our travels.