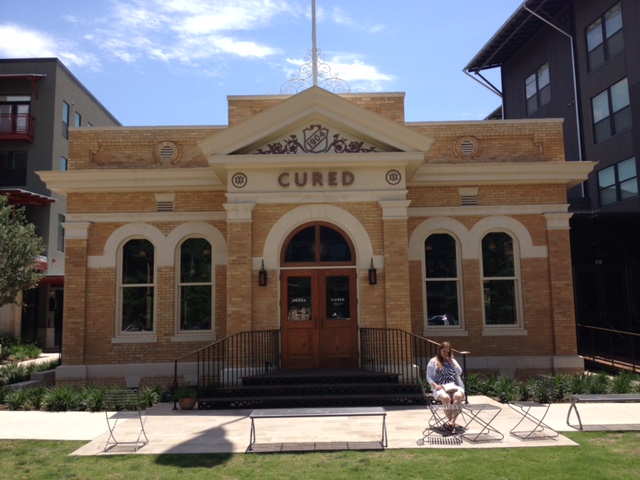 In May 2014, my sister and I walked into a new restaurant in San Antonio called Cured and were blown away by dish after dish. Everything presented that meal was masterful from the selection of innovative charcuterie to the symphony of favors found in that ridiculously good pig’s head dish. “Crawfish Love Letter” was a tribute to the decade Cured’s chef Steve McHugh spent in New Orleans as chef de cuisine to John Besh. Even the mundane burger, a patty made with bacon and topped with smoked onion and homemade American cheese was one of the best burgers I’ve ever had. All delivered in a classic 1904 space in the burgeoning Pearl District (see my story on this emerging foodie neighborhood in The Washington Post). So I was delighted to read last week that McHugh is getting the acclaim he deserves, chosen as one of the semi-finalists by the James Beard Foundation as one of the Best Chefs in the Southwest. He’s the only nominee from San Antonio, which I find hard to believe, because it’s one of my favorite places to dine in America. Do yourself a favor this spring and book a room in the new Hotel Emma, housed in a former 19th-century brewery, and simply walk to dinner every night in the Pearl District to one of the 15 restaurants. You’ll thank me.