A Stop at Saint-Pierre with Adventure Canada 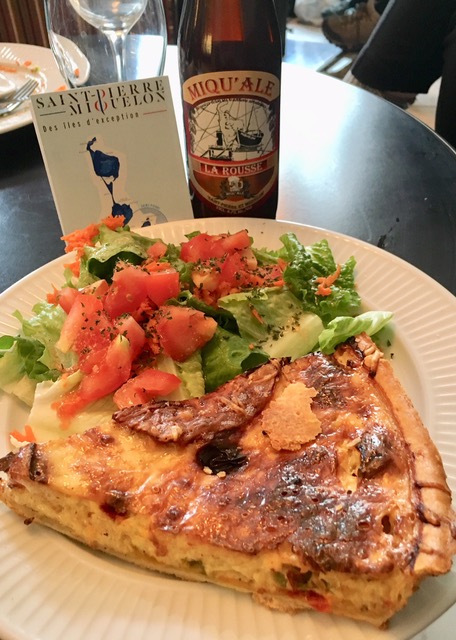 Six thousand French citizens on an island 2,600 miles from the coast of France? And only 12 miles from the coast of Canada? Yes, that’s right. I was recently in Saint-Pierre (often discussed with its less-populated neighbor, Miquelon), all that still belongs to France from "New France," the colonies in North America starting with Jacques Cartier in 1536. The French have retained Saint-Pierre and Miquelon, and associated fishing rights, since 1816.

When travelling to Saint-Pierre, you’ll go through customs (don’t forget your passport), you’ll use the Euro, and you’ll experience French food, wine, and, of course, the language. It was a fun stop on my Adventure Canada expedition. I opted for a hike in the morning on the Anse à Henry trail, then a short bus tour to make sure I could see as much as possible. This put my time in the charming town center right around midday, exactly the time of day when all the shops close (between 12 and 2 pm). Les Delices de Josephine cafe opened for us and the quiche was great, which I washed down with one of the only products made in Saint Pierre and Miquelon, beer from the new micro-brewery Miqu’ale (Brasserie Artisanale de l’Anse).

If I ever get there again, I’d make sure to walk around town more in the morning or late afternoon, exploring the windy roads and small shops, and then spend the time in between hiking or exploring the now uninhabited L’Île-aux-Marins, just a stone’s throw from Saint-Pierre (several unique buildings still stand even though no one lives there year-round). Au revoir!