A Must-Stop at the East Side Gallery in Berlin 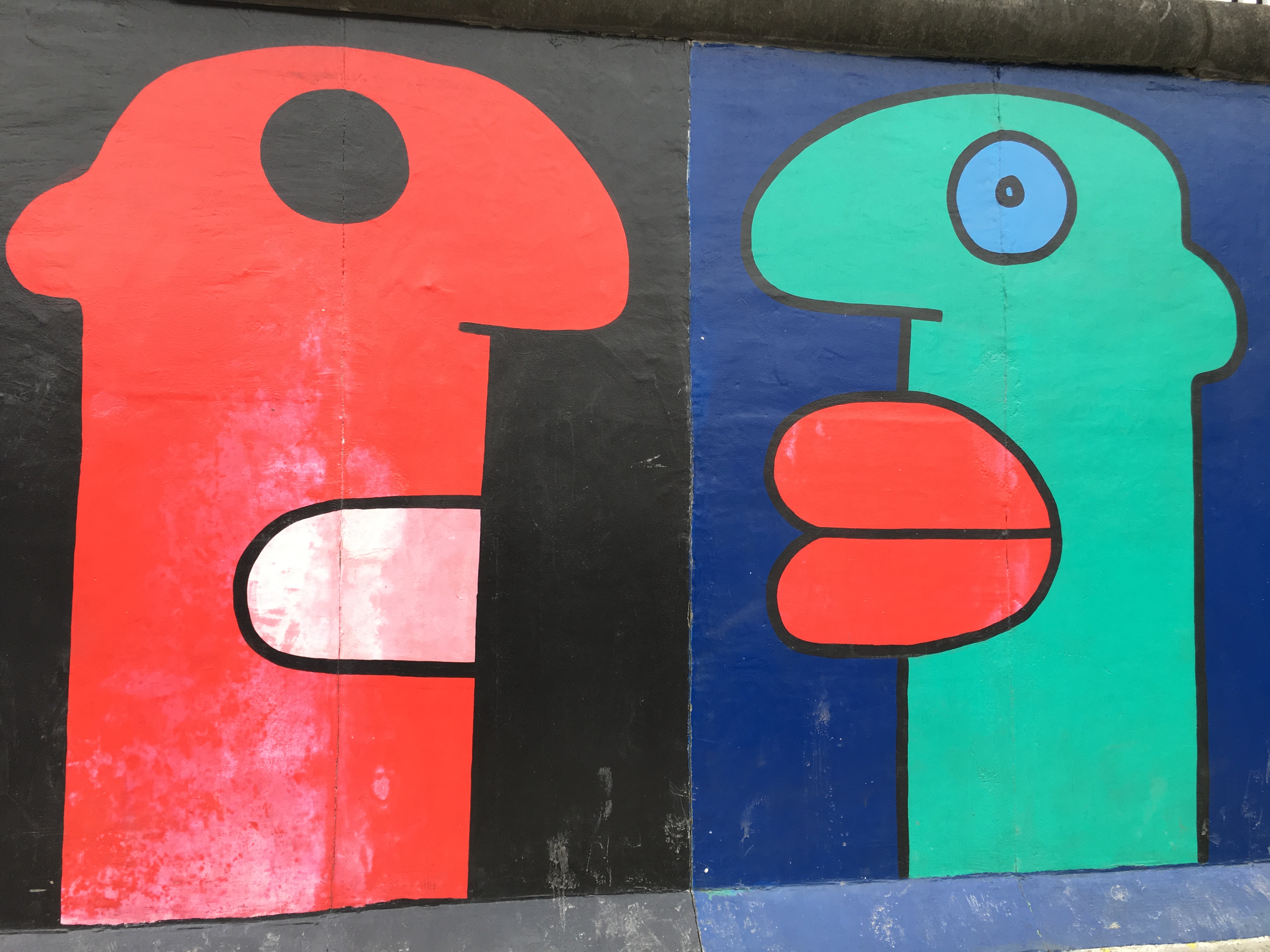 Another of my main areas of interest when I was in Berlin in January was to experience first-hand the “East divided from West” Years. The separation of Berlin began in 1945, and, in 1961, East Germany built the Berlin Wall, circling West Berlin, to prevent its residents from migrating. My husband Josh and I landed at Schoenefeld Airport (the airport in the former Soviet quarter of East Berlin and formerly the main airport of East Germany), and thus began this aspect of the adventure.
In my two days of touring, we criss-crossed Berlin constantly, from what was West Berlin to what was East Berlin, without distinction. There are certainly many memorials to a city divided, and to understanding that history, but none as interesting to me as the East Side Gallery. Once it was the Berlin Wall. Now it’s the longest open-air gallery in the world. Almost a mile long, one section of the Berlin Wall was not demolished and instead became a living canvas for paintings about change, happiness, hope, and freedom Beginning in 1990, 118 artists from 21 countries painted pictures on the wall. They are vibrant, interesting, and, frankly genuine (this is all outside, not hidden from the weather). I would have loved to stop and photograph each one. In fact, I bought a book of Wall paintings to bring home. Of course “progress” is always a challenge: a section of the East Side Gallery was removed a few years ago to make room for luxury condos along the River Spree.
There are many other areas of Berlin which I visited related to the “East divided from West” Years, including: the Berlin Wall Memorial (with tunnels underneath marked); the gigantic Soviet War Memorial for the 22,000 who died taking Berlin in WWII; the TV Tower (famously built VERY tall, tallest in Germany, by the East Germans, intended as a symbol of communist power); and Checkpoint Charlie, which was silly and not even in the right place (one of the actors playing a soldier was a Syrian refugee, and the other had a second job at Chippendale’s).
If Berlin (or Germany in general) interests you, let ActiveTravels assist with your journey.