A Memorable Trip to New Brunswick 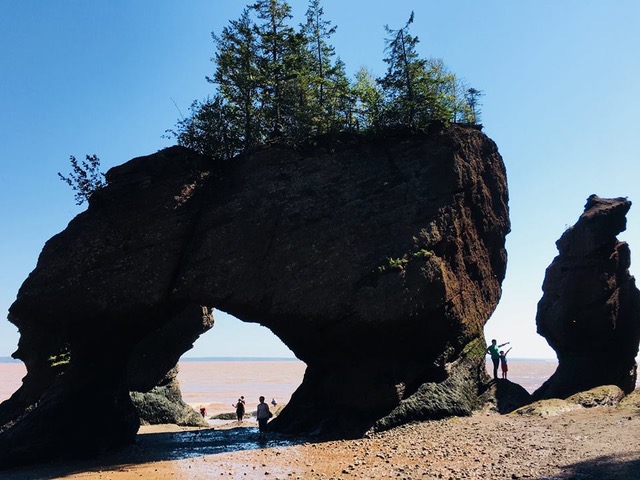 Continuing my exploration of Canada, I recently spent 3 glorious sunny days in New Brunswick, part of "Atlantic Canada" (along with Nova Scotia, Prince Edward Island, and Newfoundland). Although New Brunswick is more than 80% forest land, I was on the southern coast, in Saint Andrews and Alma, adjacent to the Bay of Fundy and Passamaquoddy Bay, not far from Maine. This area was full of trees but oriented towards the sea.
My first stop: Ossie’s Lunch in Bethel, just outside of Saint Andrews, for the best lobster roll I’ve had in a long time (identifiable lobster parts, minimal mayonnaise). Family-owned since 1957. Got here just in time. They closed September 16 for the season. Once in Saint Andrews, I had the pleasure of staying at the Rossmount Inn, a 3-story country inn with 18 rooms, situated on 87 acres, at the base of Chamcook Mountain. I thoroughly recommend its ambiance and dining room. My Bay of Fundy haddock was mouthwatering.
It was easy to while away the hours in Saint Andrews, visiting historic sites like the Blockhouses built to protect New Brunswick against the Americans during the War of 1812, drinking local beer at The Chandler Room on the main drag, admiring flowers at the 27-acre Kingsbrae Gardens, driving on the seafloor at low tide out to Ministers Island to admire the 500-acre summer estate of William Van Horne (the driving force behind the Canadian Pacific Railway), and marveling at humpback whales with Island Quest Marine’s afternoon whale watch. Lots of American tourists were in Saint Andrews on road trips, and I can see why.
My second base was in Alma, population 232 (in 2011), the hopping-off point for Fundy National Park. Locals rely on lobster and scallop fishing. Thus, fortified by Bay of Fundy scallops and a good night’s sleep, I headed off to hike on Matthew’s Head Trail (many lookout points of vast coastal views, about 1.5 hours, not difficult), and to visit Hopewell Rocks. Fundy National Park boasts the highest tides in the world, up to 48 feet of change. Each tidal flow contains 100 billion tons of water, and its strength carves the formation at Hopewell Rocks. You can only visit at or near low tide. 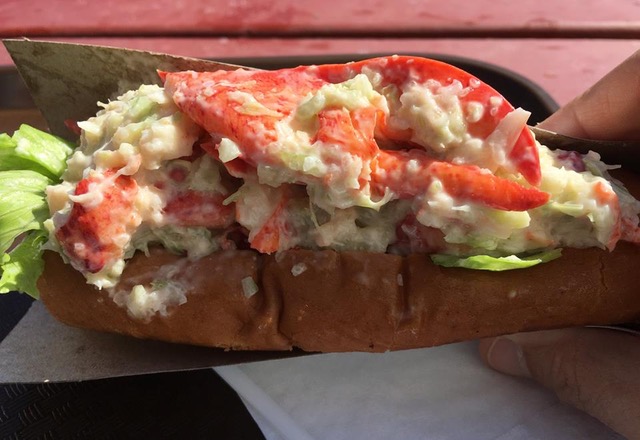 My only regret in Alma: I didn’t get a chance to sea kayak with Fresh Air Adventure. I observed lots of people taking part, and it looked great. Plus Gina, the owner, winters in Hong Kong and summers on the Bay of Fundy coastline. How fascinating! Steve has written about kayaking with Gina here:
In closing, my idea of a terrific getaway includes seeing new places (especially small towns and natural things of quiet and beauty); being outdoors in the sunshine with time to walk, read, and think; being near the water/on the coast (seeing it, smelling it, hearing it, feeling the breeze); and eating good healthy local food and drink — just fresh and simply prepared. New Brunswick had it all! Let ActiveTravels know if you are interested in "Atlantic Canada."