A Fun Day at the West Baden Springs Hotel in French Lick, Indiana 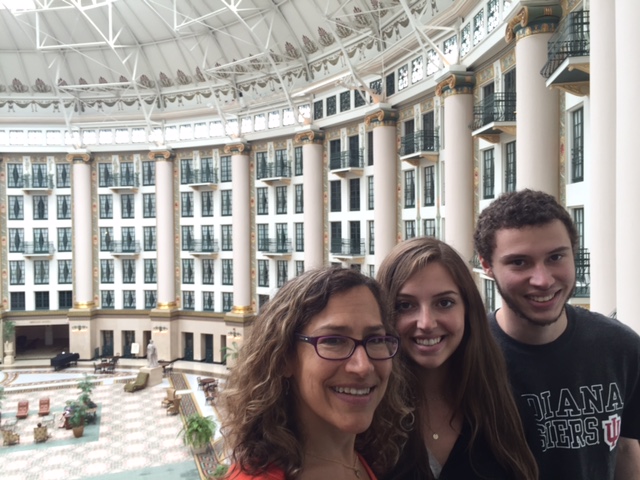 French Lick, Indiana, might be best known as the boyhood home of basketball hall-of-famer Larry Bird. Pete Dye also helped to put the town on the map by designing a world-class golf course at French Lick Resort. But by far the most remarkable part of the area is the massive six-story domed atrium found at the West Baden Springs Hotel. We spent a night at the hotel last week before dropping our daughter off at Indiana University.  Dubbed the “Eighth Wonder of the World” when the historic mineral springs-based resort opened in 1902, the 200-foot-long atrium is a joy to view now that the current owner has poured in more than $500 million in renovations. Book a room with a balcony overlooking the atrium, like we did, and you’ll spend a good amount of time staring up in awe at the grand dome. Then walk the gardens, where deer can be found nibbling at the bushes around limestone buildings that once housed the therapeutic spring water. That evening, we took a short train ride over to neighboring French Lick Resort and grabbed birthday dinner at the wonderful 1875: The Steakhouse. Many of the travelers we met at the resort were from nearby Louisville, only a 75-minute drive from French Lick.