5 Adventures on a Shoestring, Whitewater Rafting the Zambezi 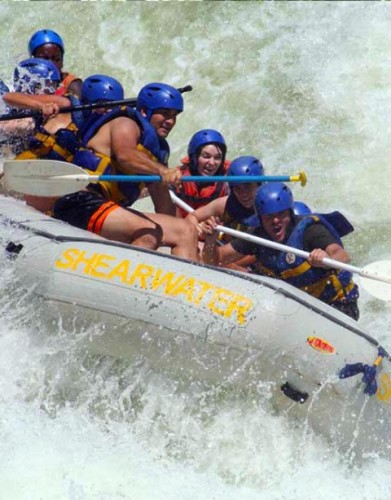 One glance down at Zimbabwe’s Victoria Falls tumbling into a churn of froth at the mouth of the Zambezi River and you’ll quickly understand how the Zambezi earned its reputation as the whitewater rafter’s ultimate conquest. Victoria is twice as high and wide as Niagara, and this being Africa, there are no railings. Shearwater, Zimbabwe’s largest adventure tour operator and the first outfitter to raft the Zambezi in 1985, starts their descent of the Zambezi at a spot just below the falls.  You’ll travel the toughest 68 miles of this 1,700-mile river in an exhilarating blur of Class V (the most challenging) rapids. Along the way, between bouncing off boulders, you’ll meet six-feet-long crocodiles and those cute, cuddly hippos. Pat their heads and you’ll soon realize why the hippo kills as many people in Africa as the next five animals combined. Cost of the 2 ½-day jaunt is $575 including all food and equipment.